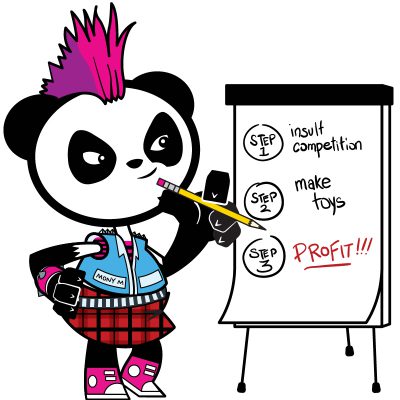 We create original toys, stories, and characters made just for today’s kids.

No reboots. No rehashes. No relics.

Do you like cool-looking toys that are younger than your grandparents? Are you stuck playing with action figures based on the same characters your parents played with? Wouldn’t it be nice if something were made that didn’t originate in 1982?

We’re not like those big toy and entertainment companies because we’re not scared to try new things.

Instead of spending money to get big toy licenses, we pour our cash into cool play features. Instead of recycling old concepts, we develop cool new stories, characters and worlds for your imagination to take root in.

We take our audience seriously.

This isn’t just some cash grab in plastic and electronics… we want you to engage with the lines. The play features are designed to stimulate your curiosity as much as your imagination.

We give the new generation the fresh entertainment brands the other guys will be copying over the next century. So throw off the shackles of the past and join us on the road to the future of toys!