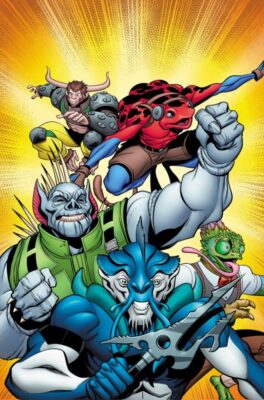 Dark Horse Comics and Panda Mony Toys are excited to announce a new publishing partnership based on Panda Mony Toy’s line of exciting and unique human-animal hybrid figures, Alter Nation! At a top-secret island base off the California coast, these human-animal hybrids, also known as the GK Delta Special Forces, dedicate themselves to protecting humanity from forces that no typical human can defeat – and no one is allowed to know. Find out what happens when they discover that their origin isn’t what it seems and is part of a larger cover-up. On October 31, 2019, Dark Horse and Panda Mony Toys will release a 12-page digital comic preview of an upcoming graphic novel, Alter Nation: The Mystery of Whining Winny.